Are you having a tough time trying to decide between an air-cooled and liquid-cooled motorcycle?

The decision doesn’t come as easy as one might think, and it’s always helpful to look through some valuable information that can help you better decide on what one to go with. 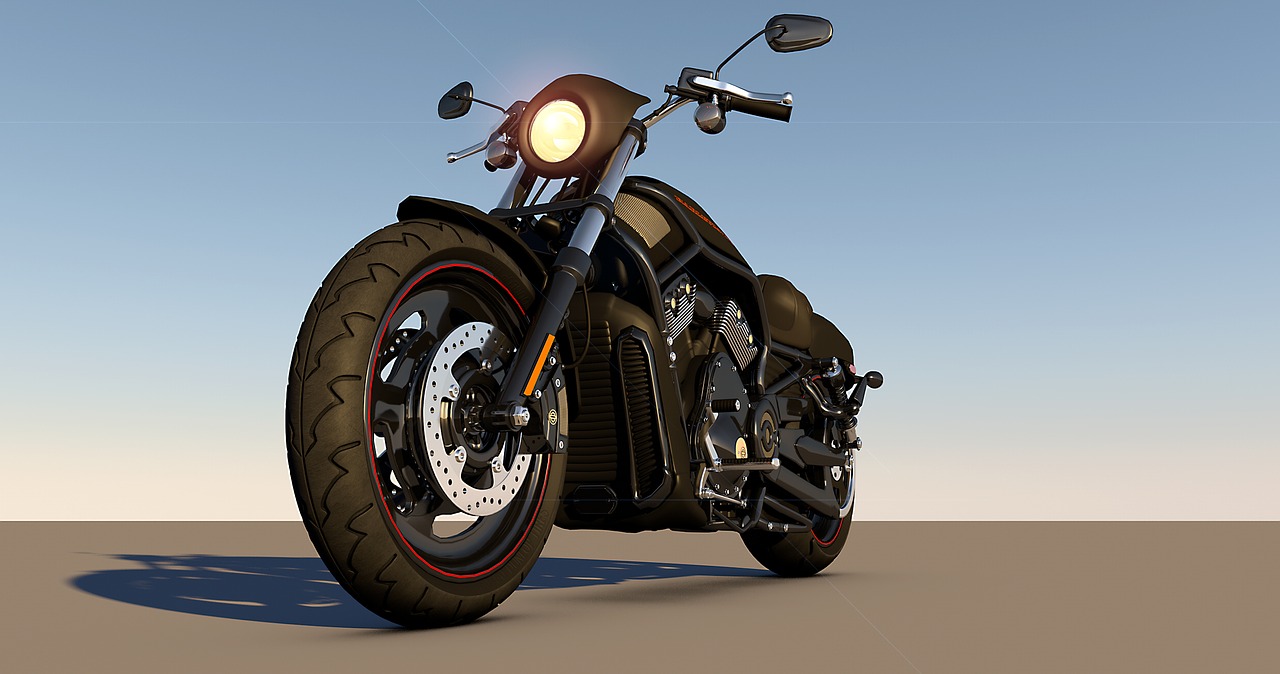 What is an Air-Cooled Motorcycle?

Lowering the heat generated by combustion is a critical factor in achieving stable engine efficiency. This occurs in two ways: by air cooling or by liquid cooling.

Air-cooled engines remove heat from the motorcycle through the air that comes in contact with the engine as you’re driving.

You’ll notice that motorcycles have fins on the sides of them. The objective of those fins is to make more surface area so that the air can pass through them. Air cooling is a straightforward method of cooling.

There aren’t any specialized parts of gadgets that make air cooling possible, and that’s why it’s still sticking around. The cooling fins on a motorcycle are designed to add aesthetic appeal to a motorcycle, which is a selling point for some people.

What is a Liquid Cooled Motorcycle?

With liquid cooling, you’re using water-based liquid to keep the engine running cool. The liquid used isn’t just water. The coolant will typically have alcohol in it so that oxidation, rusting, and freezing don’t occur.

Passages into the engine allow this liquid to freely circulate. The coolant will go through the radiator to reduce the temperature levels, and then it is circulated all over again.

Liquid cooling is a little more difficult to understand than air cooling, but both cooling methods will effectively cool down a motorcycle. 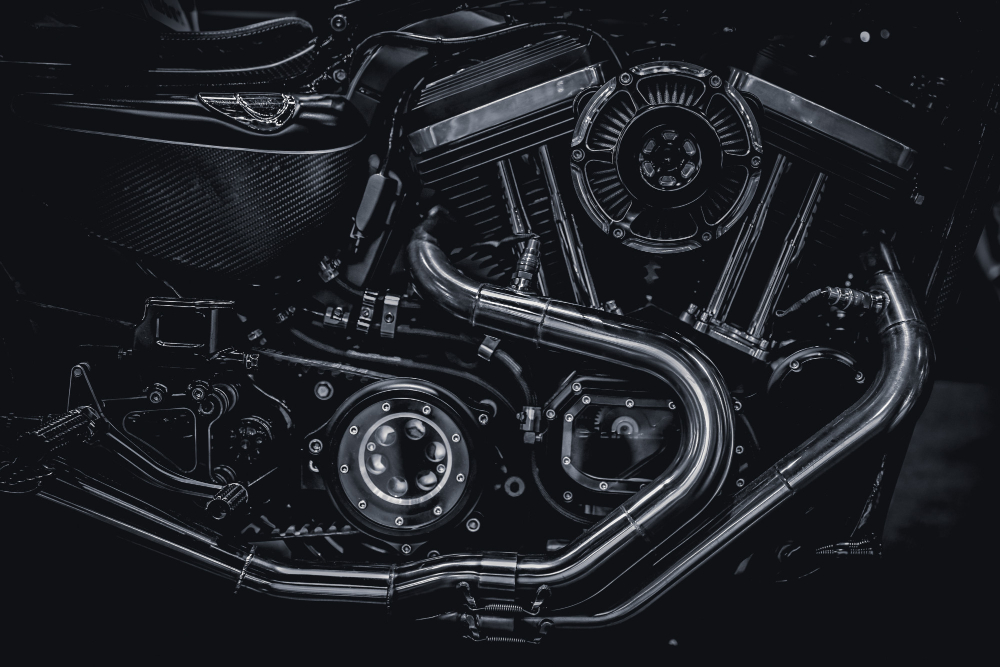 Motorcycle Cooling System - How It Works?

Machinery that has internal combustion will require a method of cooling to prevent it from overheating. Because motorcycles have internal combustion, they require either air cooling or liquid cooling.  The better a motorcycle operator understands how cooling works, the higher chances they have in preventing any costly repairs.

An air-cooled motorcycle engine is the easiest type of cooling method to understand. When it’s a warm summer day, and you need to cool off, you might stand in front of a fan to cool your body temperature down.

This is the same way a motorcycle cools off. An air-cooled motorcycle will have fins that allow the wind to pass through it more efficiently. The internal combustion chamber in a motorcycle runs extremely hot when it is in use, and it has to run hot so that the engine can get the pistons to propel up and down.

It isn’t much you can do when your engine seizes. It’s usually cheaper to get an entirely new engine installed, which brings us back to the fins of the motorcycle once again. The motorcycle fins are positioned so the air deliberately focuses on the cylinder of the engine.

Fins are usually constructed out of aluminum because it’s a lightweight material and is effective at transferring heat. When you’re driving your air-cooled motorcycle, the wind will move through the fins and keep the motorcycle at a cooler temperature. If your motorcycle didn’t have those fins, it would overheat much quicker. 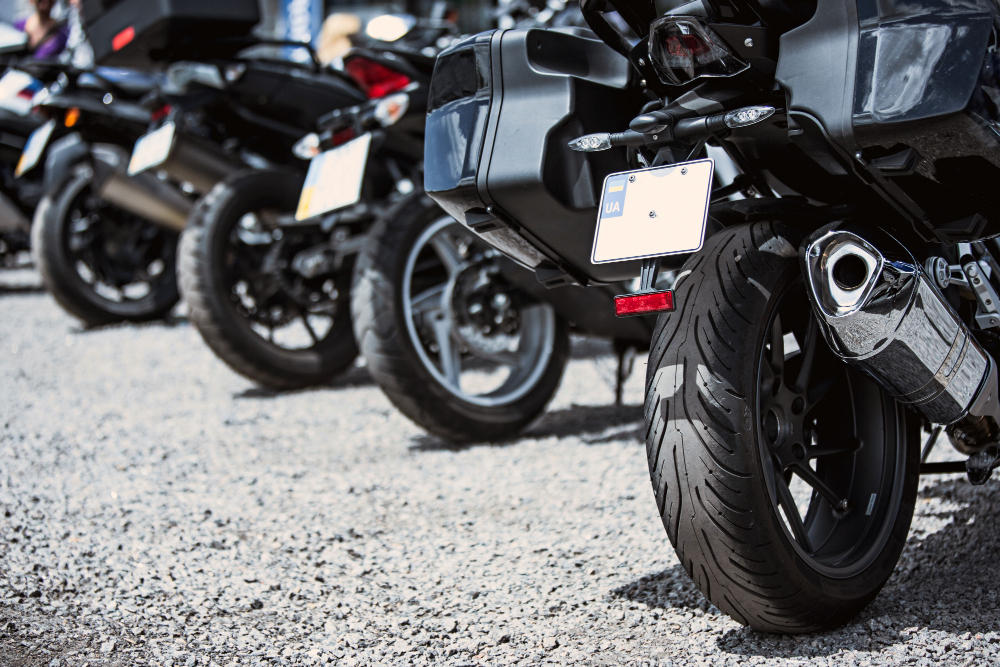 They’ll instead have a radiator built into them, typically located near the front of the motorcycle. Liquid-cooled motorcycles are a little more complicated than air-cooled ones, and they are also more effective in climates with extreme temperatures.

A  liquid-cooled motorcycle will have a water pump inside that will propel liquid from the water jackets to the radiator and then back to the engine. When the liquid circulates, it’ll go through plates that will keep things even cooler because of the wind that passes through.

Once the liquid cools down after going through the plates, it’ll then be circulated back through the engine to ensure everything stays nice and cool.

A fan near the radiator will turn on if the coolant isn’t doing its job to keep the engine as cool as it should be.

Liquid-cooled motorcycles are also commonly referred to as water-cooled, but it’s not entirely just water passing through the motorcycle. The water is mixed with an antifreeze solution. Antifreeze is used because it’s more tolerant to hot and cold temperatures.

Liquid-cooled motorcycles have a higher heat tolerance because of their more complicated circulation system, and that means they’ll be able to withstand a lot more heat exposure.

There are a variety of similarities and differences between air-cooled and liquid-cooled motorcycles.

Air-cooled motorcycles are known to be cheaper than liquid-cooled ones. This is because they are easier to manufacture in comparison, and that cost saving is passed onto the customer when it comes time to purchase the bike.

Because air-cooled motorcycles rely on the air to keep them cool, it results in having less control over the temperature that motorcycles get up to. 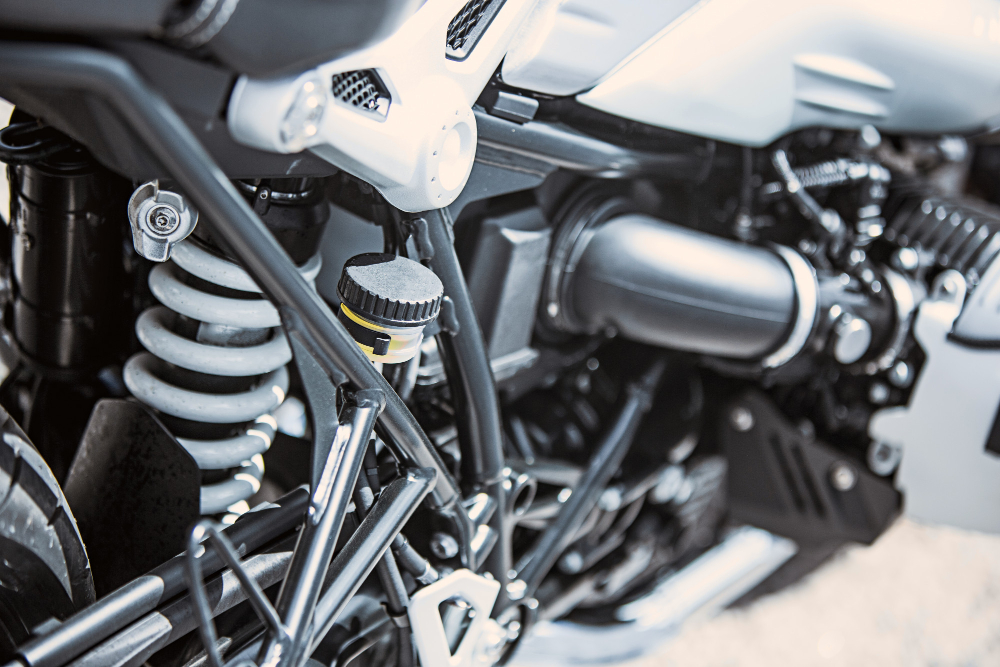 The main similarity between air-cooled and liquid-cooled motorcycles is that they are both designed to keep the motorcycle cool, but they just use a different approach to fulfill that end goal.

Benefits of an Air-Cooled Motorcycle Engine 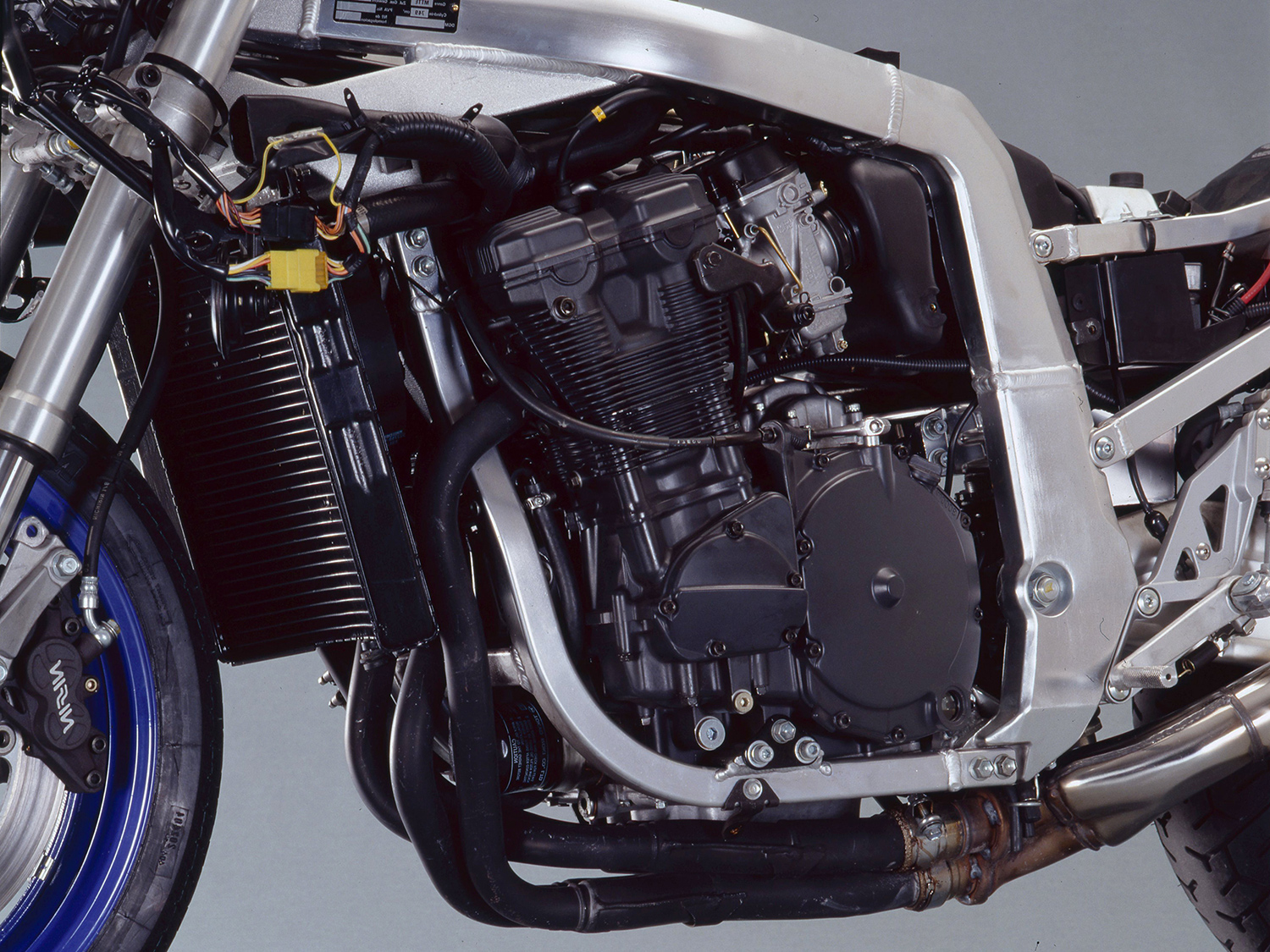 What About Oil Cooled Motorcycle Engines?

How Does It Function?

Engine performance is increased, and there aren’t as many moving parts of oil-cooled motorcycle engines when compared to liquid-cooled ones. Oil-cooled engines are usually used on smaller motorcycles and some cruisers.

There are a couple of factors to consider when looking at the heat dissipation of oil-cooled motorcycle engines: 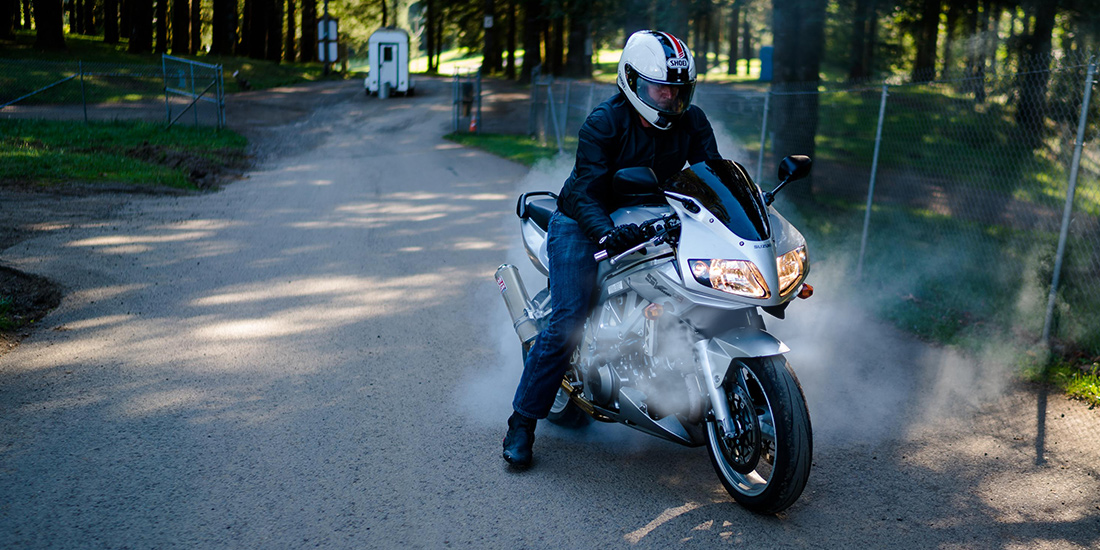 Oil coolers sit in front of the engine of the motorcycle. As they are in the front of the engine, the air flows right up through it to reduce the heat. The oil cooler will also have fins attached to it, and that will even further increase the amount of air getting to the engine.

The more surface area that comes in contact with air, the higher chances that heat will be dissipated. More airflow means better temperature control.

What Are Some Advantages of Oil Cooled Engines?

What Are The Disadvantages of Oil Cooled Engines? 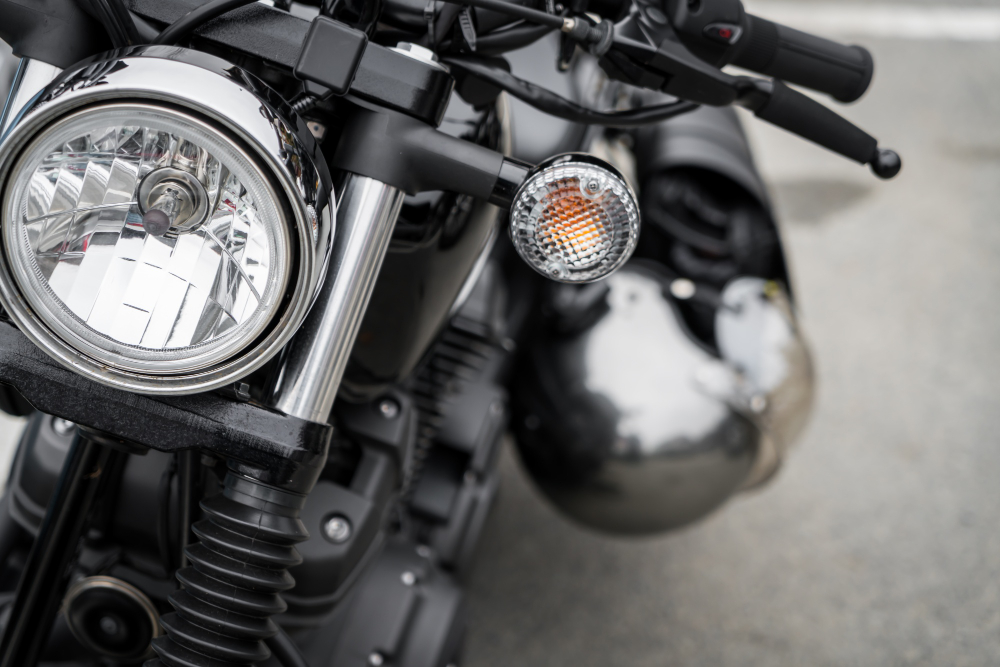 There are several things to keep in mind when considering going with an air or liquid-cooled motorcycle.

If you want a quiet motorcycle that doesn’t cause everyone around you to wonder where that loud noise is coming from, liquid-cooled motorcycles are the better choice. Air-cooled motorcycles tend to be noisy, and you’ll always look twice when you see a cruiser driving past because of how loud it is.

If high-end performance is the reason why you’re purchasing a motorcycle, then going with a liquid-cooled engine should be your choice.

Repair costs for air-cooled motorcycles will be cheaper than liquid cooled ones. The general rule of thumb is to replace coolant around every 10,000 miles. Some people do it sooner than others, but it’s always good to replace it on a routine basis. 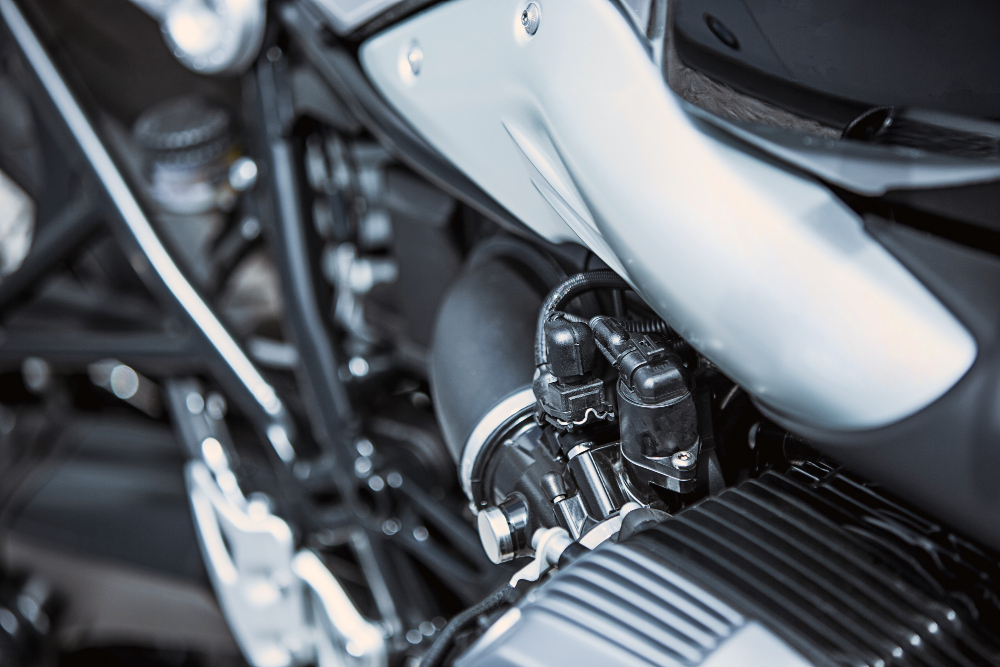 Making the final decision to go with an air-cooled or liquid-cooled motorcycle will be dependent on a couple of questions that you should ask yourself before finalizing your purchase.

Do you want a high-end performance motorcycle? If the answer is yes, then you should get a liquid-cooled motorcycle.

Do you want a quiet motorcycle? If the answer to that question is yes, then you’ll be better off going with a liquid-cooled motorcycle.

After answering these questions, you should get a better idea of what kind of motorcycle you should be gravitating towards.

Here are some of the questions people commonly have about the topic.

Does a Liquid Cooled Motorcycle Engine Work Well in the Winter? 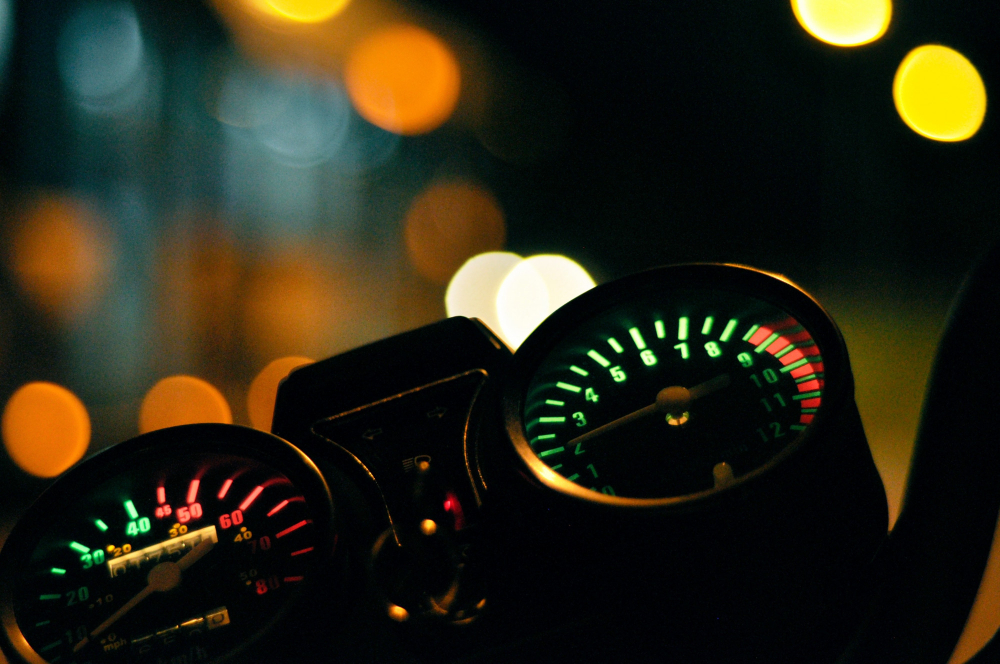 What Temperature Does An Air Cooled Motorcycle Engine Run At?

Which Is Better, an Air Cooled or Liquid Cooled Motorcycle?

There isn’t a clear-cut answer to which specific type is better because it all boils down to what you want out of your motorcycle. If you want a cheap, low-maintenance motorcycle to boot around on now and then, then you might be better off with an air-cooled motorcycle.

If you’re looking for a quiet motorcycle, don’t want to leave a large carbon footprint behind, and have good performance in a wide variety of climate conditions, then you’ll probably be better off with a liquid-cooled motorcycle. 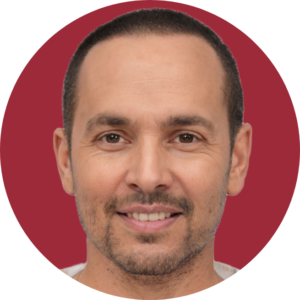